My aim here is to give you an intuition about Kolmogorov complexity, without being very formal.

For calculating the "Kolmogorov complexity", the "compressed" form is considered to be something like a self-extract archive: the shortest program that can output the initial string of characters (the "file/string to be compressed").

The Kolmogorov complexity is more general and includes classical compressing algorithms. For example a Huffman code is not very powerful in compressing a string like "123456789101112131415161718192021222324..." (concatenated consecutive numbers), while a very short program can generate a very long string like this. On the other hand, any traditional compressed archive can be made as constant to a program that is doing extraction on that archive. So Kolmogorov complexity of a string/file is smaller or equal than any achieved archive plus the decompressing program.

Such measure is specific to a certain computing machine (usually a Turing machine), however it was proven that measures between two Turing machines will only differ by a constant in how small a certain string can be compressed. The idea is that, for a very long sequence of characters, the Kolmogorov complexity will not differ very much in percentage, as the constant would count less for a long string of characters.

Unfortunately, it is proven that calculating the Kolmogorov complexity is not possible even theoretically in general (while in very particular small strings it might be possible). Basically this is because you cannot try all the possible smaller programs, while some of them might run indefinitely long and you don't have a way to know when it ran long enough so we are sure that it will not stop producing the string we want to compress - because the Halting problem of a Turing machine is undecidable in the general case.

However, you can know that Kolmogorov complexity of a string S is "as much X" as soon as you find a program that can output the string S. However, finding a smaller one is almost always possible and you cannot know when you found the smallest one - except some very particular cases when you actually tried all the smaller programs and proved that they either stop outputting something else, or they will cycle forever.

This "informational" complexity have philosophical implications. For example, given an apparently very complex set of observations, we can never be sure there is no simple theory that explains them all.

Popular posts from this blog

This is not about a specific flaw in Bitcoin, however Bitcoin is a proeminent exponent of the crypto-currency galaxy. Any cryptocurrency that don't have a sufficient loan base have these problems. Bitcoin, especially, looks more and more like a Ponzi scheme that is just ready to blow. Only that there will be no Charles Ponzi to sue, only a lot of people that lost money and a few winners that sold the bitcoins before the bang. Or, with another metaphor, Bitcoin is like a global poker game where some will take the pot and the others will bite the dust. It may happen tomorrow or after years, but for me this is the only reasonable end. Until then, everybody believes they have a very good hand... Here are my arguments: No loans, no value
Read more 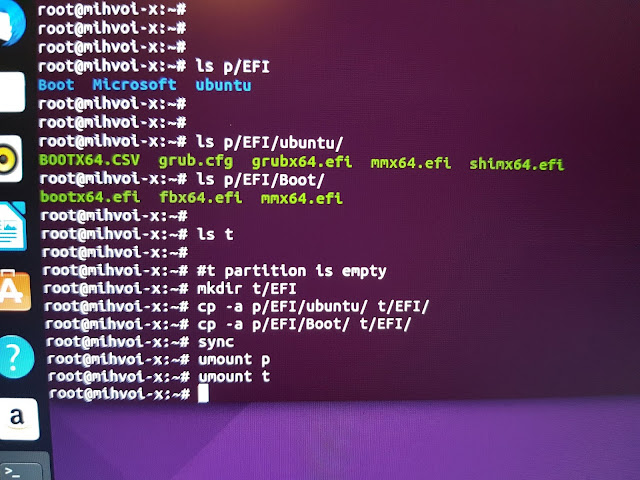 Better read: Data Consistency in Distributed System - CAP, PACELC Morality series - a heptalogy This blog is mainly focused on my Philosophical and theoretical ideas. From time to time I have practical posts that are too few to deserve a blog by themselves. I still hope my other work (like above) is even more valuable than such practical article as below. * * * This article explains how to install Ubuntu 19.04 or similar on USB+UEFI, like you would do it on a hard drive. Regular USB install will likely fail, you need the fix below. Ubuntu installer has a bug when installing on USB using a PC that already has an UEFI boot system (like Windows 10). Such thumb-drive is not only persistent, you can also do regular updates on it, customize the programs, repair the file-system. This is more than just a live "USB Pen Drive Linux" with persistence, it is your full Linux system in your pocket. Only (U)EFI boot is covered here, but most recent systems support UEFI. The old BIOS boo
Read more

- November 27, 2019
Better read: Data Consistency in Distributed System - CAP, PACELC Morality series - a heptalogy This blog is mainly focused on my Philosophical and theoretical ideas. From time to time I have practical posts that are too few to deserve a blog by themselves. I still hope my other work (like above) is even more valuable than such practical article as below. * * * Black Friday is a selling race over the gift budgets: the budgets that have a peak around the start of December What is the lowest possible price on "Black Friday"? Sellers will try to make this unpredictable. However, there are certain price strategies that any rational seller should apply. This can give you hints about the likelihood of obtaining a lower price on Black Friday, Cyber Monday and similar. Why having price cuts at all? Normally, any producer or seller would want to have the highest gain from the products it sales, therefore a higher price is desirable. However, selling more many pieces of a prod
Read more
Visit profile